He ran late because that’s his personality and he just didn’t realize that every spoonful of breakfast, every glance at the page of the open book in front of him, every movement had consequences.

His socks weren’t on, his shoes weren’t nearby, his water bottle wasn’t full. His baseball cap to protect him from sun was upside down in the middle of the family room floor. The sunscreen waited by the door for his grab.

I was ready. My younger boy was ready. We waited. And the clock ticked away.

Because one son ran late, my other son got to his camp late, and I was steaming mad. I had to drive the first kid all the way downtown in rush hour traffic for his rowing camp on Belle Isle. Then I had to catapult back north to the art camp my younger son loves. And then I had a meeting of my own (imagine that – my own time and work!) all the way back downtown in the city.

By the time I emerged from the art center after dropping off my little guy, I was shaken. A calming friend, also late to drop off his daughter, shook my hand and gestured to “shake it off.”

“I really ought to get back to meditating,” I chuckled.

Many mornings, I wake when the alarm rings and jump into my day.

Perhaps it’s a shower to wake up and wash off the dust of the night. Maybe it’s a quick scan at my phone (I know I shouldn’t!) to see what has transpired while I was asleep.

Whatever way I start my day, I can honestly say that most often, it’s not with an eye toward the vision I have for my life. 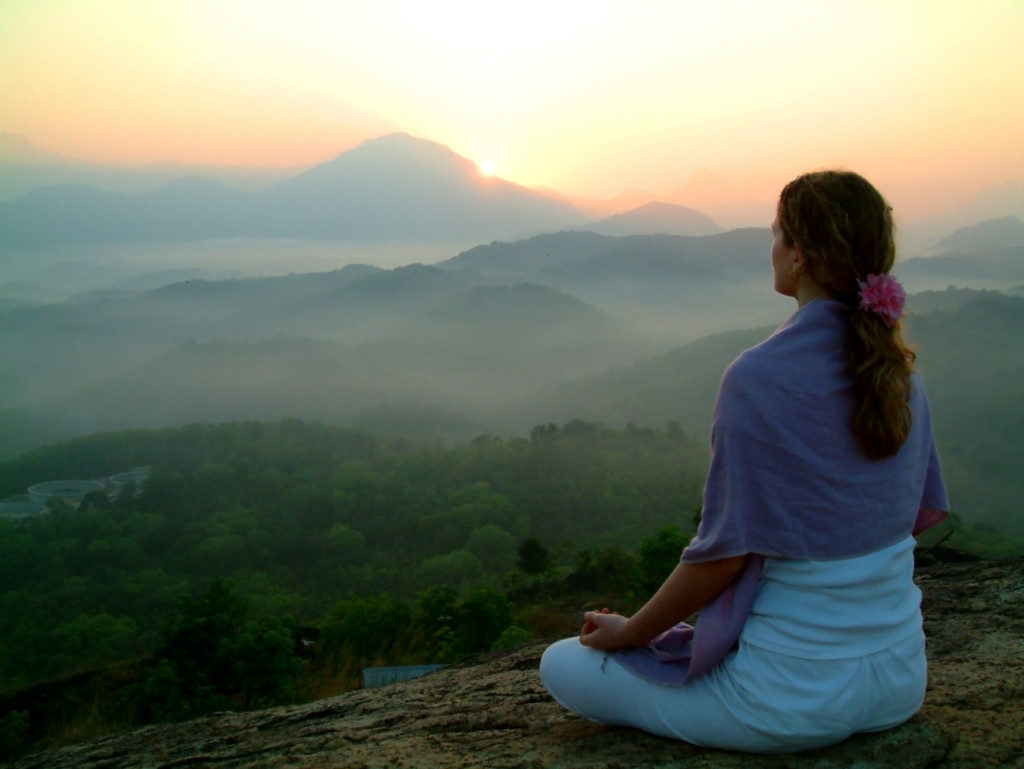 I used to rise at 5:30 in the pitch-dark, light a votive or two, and sit on a cushion in my meditation enclave, close my eyes shortly after opening them, and call in my deep center. That was a great way to start my day. The only reason I stopped was I got fed up with the rhetoric and clique around the way meditation is taught and pushed in local yoga circles.

Yes, in my 40s, shrugging off peer pressure and reacting like a little girl. I admit it.

On the second drive downtown this morning, I drove through a Dunkin’ Donuts to get a cream-rich coffee and an ice water with a straw. I drove south once again and pulled up just two minutes late for my own meeting. But then I couldn’t even stay for the entire meeting with the CEO because I had to return to pick up the big kid and head north once again.

I want it all.

The only way, I’ve learned, to truly have it all is to let some of it go. I try to get everything done NOW, and yet my clients don’t expect that. They appreciate quickness but don’t penalize me if I take a little longer. It’s the quality that counts.

Today, I looked at my to-do list to see what was urgent and what could wait. Truth be told, two things required immediate attention while everything else could go for a week and still be current. Successful.

The other day, I received a packet in the mail from my investment advisor, reporting on our quarterly results and with a cover letter that asked the question, “Where do you want to be in five years?”

The letter was talking about where the stock market was five years ago compared to today, to give a foundation and basis for looking ahead five years.

Better yet, his question actually asked, “Where will you be five years from today?” Not want, but will. Definitive. Take a stance. Commit.

If we can’t look ahead to the day in front of us with certainty and composure, we’ll have no chance of adequately projecting 5 years into the future. Back to the meditation cushion. The candle flickers in the dawn, the most productive time of the day because we are so uncluttered with the mess that unfolds once we let the rest of the world in.