You know that person you were when you were little, before the pressures and stresses of having to earn a living or support a family? Back when you engaged in activities simply because they were fun and you were driven to do them? For me, that person loved writing.

When I was younger, I carried around a corduroy-covered journal (which now sits behind my desk as a reminder to be true to my Self!), and I filled the pages with stories, poems, and short plays. Writing has always been my way of figuring out the world, of capturing momentary beauty and stunning silence.

As a journalist, I’ve written about home, architecture, real estate, food, faith, and family, and I am the author of eight books. I’ve lived in New York, Washington, D.C., and Detroit, and in 2007, I pivoted from full-time journalist to marketing entrepreneur when I created Your People LLC.

I was a single mother of three young children when I built Your People – a marketing and public relations company that uses storytelling, relationships, and higher purpose to build reach for our clients. These days, we specialize in working with schools and universities, as well as entrepreneurs, and I’ve developed a niche in supporting Waldorf schools. I’ve won lots of awards for my marketing expertise and successes!

For more than 20 years, I’ve also taught writing at the university level, most recently as faculty at the University of Detroit Mercy and WritingWorkshops.com. In 2021, I launched The Writers Community to support adults in becoming the writers they always wanted to be.

I’m also the host of the Make Meaning Podcast, which I launched in 2018 on my father’s 80th birthday. He was my first guest, and I’ve interviewed writers, educators, entrepreneurs, and other leaders. Check out recent episodes here.

I was a Fulbright Specialist from 2017-2020, and I am a graduate of the University of Michigan (BA, Communications/English) and Goddard College (MFA, Writing). I am the mother of four teenagers and, I live in Huntington Woods, Michigan with my wonderful husband, Wayne State University archivist Dan Golodner.

Lynne in the News

Tag Up With LT

The Power of Storytelling with Lynne Golodner 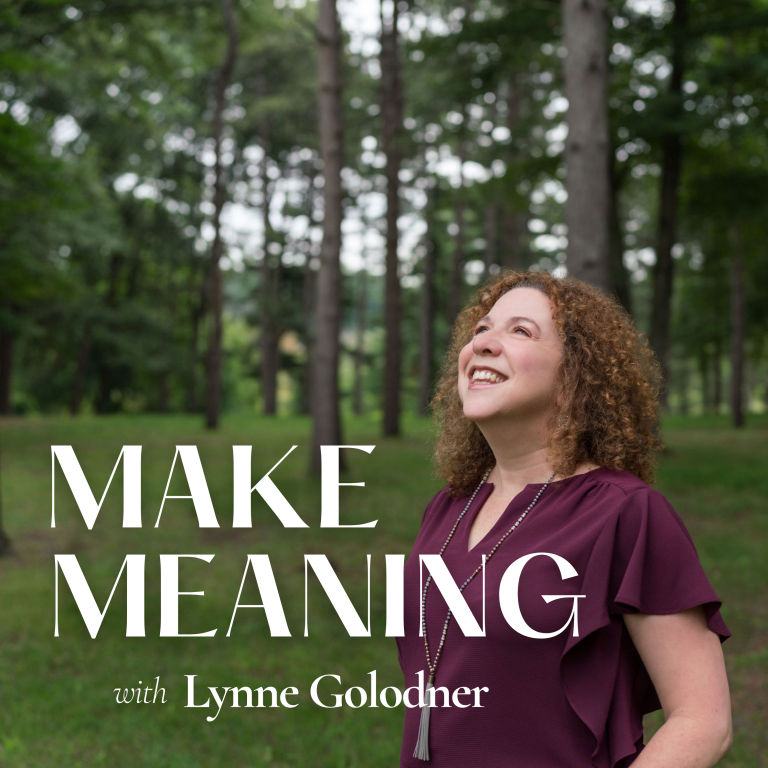 What does it actually look like to live a purpose-driven life?

How exactly do authors, educators and entrepreneurs make decisions from a meaning-first perspective?

The Make Meaning podcast ponders these questions in conversation with educators, authors, entrepreneurs and leaders around the world.

Since our first episode on July 9, 2018, we have interviewed more than 100 visionaries. Listen to the latest episodes!

Noor A’wad and Rabbi Hanan Schlesinger may have come to the question of how Palestinians and Israelis can co-exist on land that they both claim as sacred from different perspectives, but through their work with Roots, the Palestinian Israeli Grassroots Initiative for Understanding, Nonviolence and Transformation, they are figuring out a way to share the land while respecting both communities’ claims on it.

In this first episode of 2022, the Make Meaning Podcast looks at one of the world’s greatest global concerns and begins to make sense of it by speaking to two inspiring leaders in the quest for reconciliation. Noor A’wad is a Palestinian whose family moved to Palestine after the Oslo Accords were signed in the hope that it would be a new opportunity for their family. Growing up in that shattered dream, Noor became a voice for co-existence and understanding.

Rabbi Hanan Schlesinger made aliyah to Israel from the United States decades ago as a religious Jewish settler in the West Bank. He sought to meet his Palestinian neighbors but found it was nearly impossible to do so, since Israeli military law forbids the two populations from residing or gathering in each other’s communities. He is a founder of Roots as a way to make sense out of a truly perplexing situation.

In the latest episode of the Make Meaning Podcast, Noor and Hanan speak with host Lynne Golodner about the work that Roots does to bring together Palestinians and Israelis in the West Bank toward building relationships and understanding. Their goal is apolitical – generating dialogue, hosting meetings and summer camps, offering photography workshops and generally building relationships that pave the way for lasting understanding and co-existence.

In this episode, Lynne, Noor and Hanan discuss: 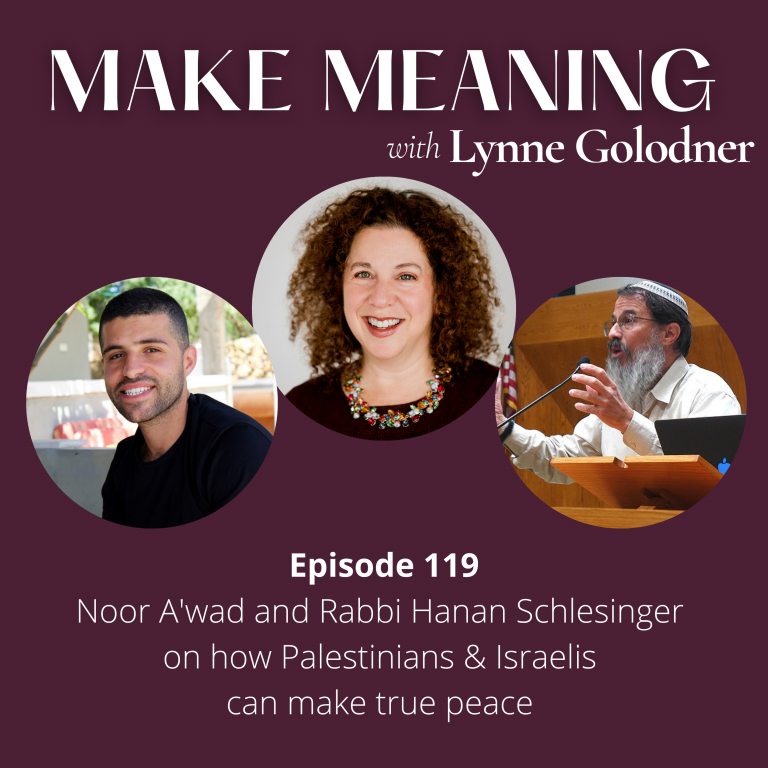 How To Find A Mentor And Maximize The Relationship

Commentary: Politics will be judged, whether you stay silent or not

The Meaning Behind Mission

Opinion: Business is increasingly political; here's how to embrace it

Building A Solid Business Foundation Begins With Story — What’s Yours?